A birth chart grid consists of Nine Spaces, each space meant for a number. The date of birth of native will be written in full and spaces filled. The correct placement of all digits in a birth chart is depicted below -

This 3 by 3 magic square (as shown in figure) magically adding to ‘15’ when added horizontally or vertically or diagonally is called as the "Lo-Shu Grid" by Chinese Numerologists. 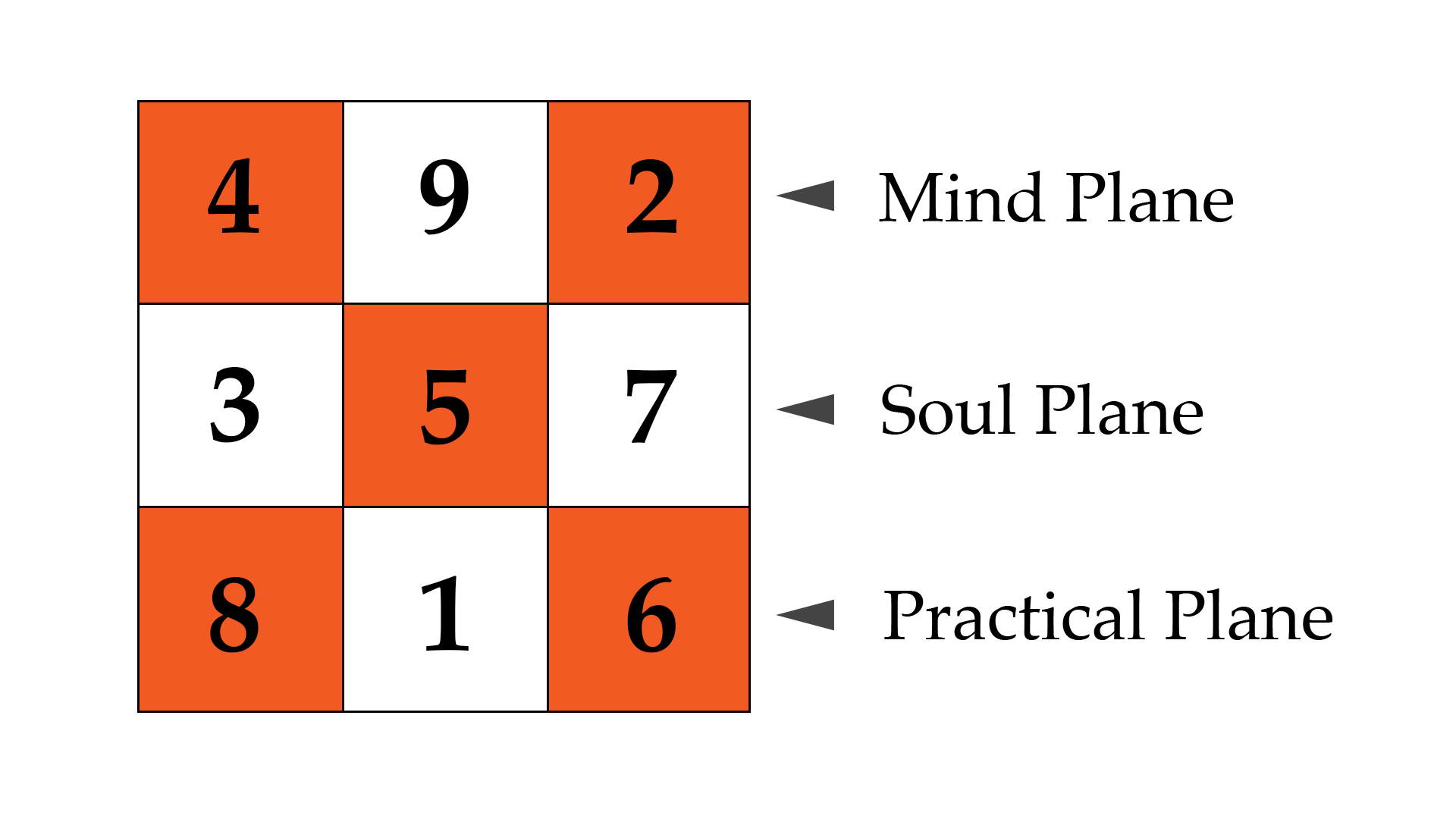 The higher the numbers in square, the stronger and positive impact it makes on the person.

Mind Plane: This is the topmost horizontal line of the birth chart. The Mind Plane represents the innate thinking capacity of an individual. It reflects the powers of memory, intellect, analyzing capability, and thought.

Soul Plane (Or Spiritual or Emotional Plane): The middle horizontal line of the birth chart is the emotional or the soul plane. It reflects sensitivity, freedom, love, artistic inclination, spiritual independence and intuition.

Practical Plane (or Physical Plane): The bottom horizontal line of the birth chart is the practical plane. This plane represents practical abilities, organizational skills, materialistic abilities, verbal expression and the ability to do physical specially with one's hand.

Every chart also consists of three vertical rows or planes as well. These are the Plane of Order (A), Plane of Determination (B) and the Plane of Action (C).

Every Number in an individual’s birth chart conveys a meaning. The main work of any numerologist is to understand the potential created by each number individually and thus the total strength or weakness inherent in a chart. This strength or weakness in a chart (3 × 3 grid) is collectively accumulated by all the numbers present (or missing in the 3 × 3 grid) in any individual’s date of birth.

The higher the numbers in square, the stronger and positive impact it makes on the person.